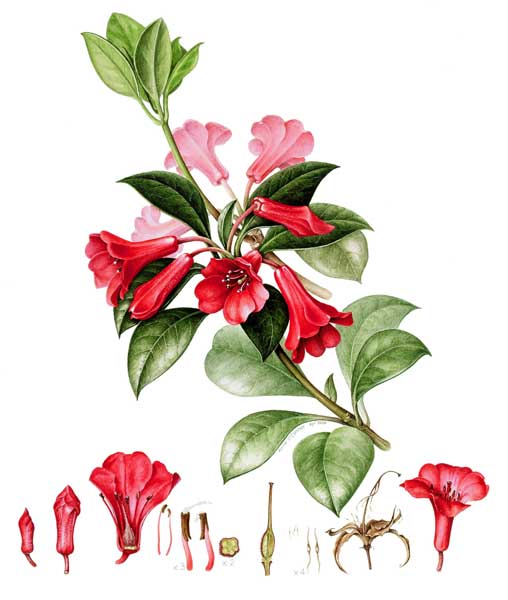 Image supplied by the artist.

"This plant has been commonly known in recent times as R. lochiae, but recent investigation has determined that "lochiae" was given by Ferdinand Mueller (the discoverer) to the other, very similar, vireya species from the same area but which has a curved trumpet. Recently the authorities at Edinburgh Botanic Gardens created the new name "viriosum" for the species in my painting, while "lochiae" has now reverted to the originally-named species. They have been definitely declared as two separate species."