Fire as a Land Management Tool

The awesome power of fire is part of Australia's natural heritage. Fires, natural and human-generated, have a strong influence on the Australian landscape. Not surprisingly, fire management continues to be a priority for the country's land managers.

To lessen the possibility of uncontrollable, high-intensity wildfires, land managers use fire deliberately to reduce the amount of flammable plant material. But the deliberate use of fire has remained a matter of public debate which is often reduced to the simple options of burn versus don't burn. Fire ecology researchers at the CPBR are demonstrating that effective fire management is not a simple yes or no response. To be effective, land managers must combine their management goals with an understanding of fire behaviour and fire effects on the local environment.

The fire ecology team at the CPBR, led by Dr Malcolm Gill, is recognised nationally and internationally for its expertise on the behaviour of fire and management of both prescribed burning and wildfire. During the past 20 years, Dr Gill and his colleagues have explored the factors that determine how a fire behaves and what its effects will be. 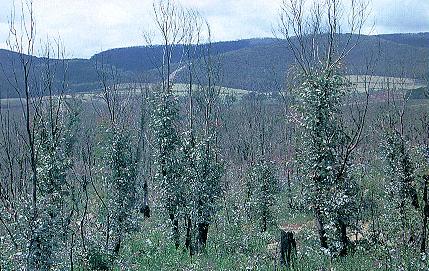 How a fire behaves is determined by the type of terrain, the weather and the amount and characteristics of the plant matter that acts as fuel. Equally important factors include the intervals between fires, the intensity of the fires and the time of year. This is the basis of what is called a "fire regime" for a particular area.

With computer modelling and analysis, the CPBR scientists are developing cost-effective management approaches to the questions of where, when and how frequently to burn and how to respond to wildfire.

Fire can be used as an effective management tool if fire regimes are well-matched to local ecological conditions.

Most Australian conservation reserves lack basic information on the ecology of local plants and animals and the longer-term effects of fire. Even though some species could be threatened with local extinction if the wrong fire regime is adopted, establishing a biological inventory and monitoring after fire have often been considered too costly in staff time and money. 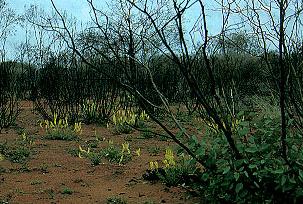 In response, Dr Gill and CPBR colleagues have developed a cost-effective way to monitor whether plant species survive a series of fires over time.

The CPBR system applies minimal data set analysis for maximum efficiency. Research has been supported financially by the Murray Darling Basin Commission. The system is now being tried in the field by park managers in New South Wales, Victoria, South Australia and Western Australia. While the present focus is fire management, the system could be adapted with further research to cost-effectively monitor the consequences of other disturbances, such as logging operations.

Computerised minimal data set analysis avoids the time-consuming necessity of having to monitor every species at every site annually after a fire.

The CPBR system has streamlined the process such that: 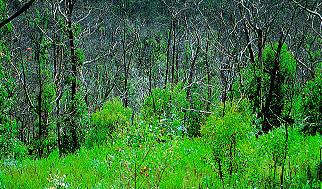 Dr Gill said the potential savings in staff time and resources are dramatic while managers obtain a solid information base for making decisions about fire.