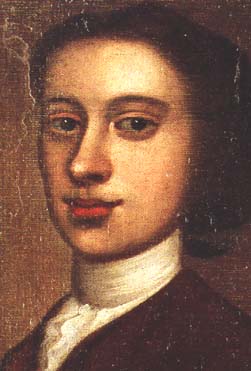 New Holland. Natural history artist. Accompanied Joseph Banks and Daniel Solander on James Cook's voyage in the Endeavour to the South Seas. Drew a large collection of Australian plants along the east coast before dying at sea from disease picked up in Batavia.

Parkinson was bom in Edinburgh, Scotland.

Skilled in botanical drawing, he worked with botanist Joseph Banks in London before joining him and Daniel Solander on James Cook's Endeavour on a circumnavigation of the globe (1768-1771) as a botanical draughtsman. During the voyage, he made at least 1,300 drawings and paintings. Parkinson was the first European to draw eucalypts. On the return voyage, he died after picking up dysentery and malaria in Batavia.

Banks' Florilegium: botanical prints produced from original drawings made by Sydney Parkinson on the first voyage of Captain Cook (1768-1771). Parkinson made sketches of hundreds of specimens collected by Joseph Banks and Daniel Solander on the voyage, some of which were to be turned into completed watercolours by others on their return.

During the first part of the voyage Parkinson had time to complete the drawing in full watercolours, either immediately in situ or aboard later in the voyage. The watercolours made by Sydney Parkinson and engraved by several engravers under the patronage of Banks, were never published. These passed to the Natural History Museum on Banks' death and were eventually published by them in the 1980s (in association with Alecto Publishing) in full colour, using the original engraving plates. Each print is inscribed with specimen name, finding location, artists names and date.

Examples of artwork by Sydney Parkinson: